The stylish appearance of the 2017 Nissan Rogue makes it more appealing to buyers who want to stand out on the road. But it also has the functionality you need, including plenty of cargo space and a roomy interior.

This compact crossover comes in three trim levels, which are S, SV, and SL. The base S model includes 17-inch steel wheels, while the mid-level SV has automatic headlights, roof rails, heated side mirrors, and alloy wheels. With the SL trim, your Rogue will show off automatic high beams, a power, and hands-free liftgate, 18-inch wheels, and fog lights. The exterior of the Rogue is sleek and its low position to the ground makes it look sportier. It underwent a full redesign in 2014, so this model is the third option since then.

All three of the main trim levels contain the same engine, a four-cylinder 2.5-liter unit that rates at 175 pound-feet of torque and 170 horsepower. This engine works in conjunction with a continuously variable transmission that improves fuel efficiency and offers a smooth ride. Front-wheel drive is standard, although you can upgrade your Rogue to have all-wheel drive. The Rogue will also be available in a hybrid version in this model year, which has a 2.0-liter four-cylinder engine beneath its hood. The gas engine works alongside a 30-kW electric motor, producing a combined output of 176 horsepower.

With the S, SV, or SL trim, the 2017 Rogue will get an estimate of 26 miles per gallon in the city and 33 mpg on the highway, which produces a combined estimate of 30 mpg. This puts the crossover right in line with other vehicles in its class. The vehicle is easy to drive, although you may notice a slight lag between when you press the gas pedal and when acceleration begins.

The cabin of the 2017 Rogue feels high-end, with quality materials and well-placed knobs and controls. The S trim comes standard with Bluetooth connectivity for phone and audio, a 5-inch infotainment display screen, sliding and reclining rear seats, a handy cargo management system in the back, and a four-speaker sound system with a USB port and satellite radio.

With the mid-level trim, your Rogue will come standard with dual-zone automatic climate control, a leather-wrapped steering wheel and gear selector, heated front seats, keyless entry and ignition, a six-way power-adjustable driver’s seat, and a nicer six-speaker sound system. Both the S and SV trims are available with an optional third row, increasing the capacity to seven. The highest trim has interior features like a premium nine-speaker Bose audio system, a heated steering wheel, memory functions for the driver seat, navigation, Siri Eyes Free, a 7-inch touch screen, and a universal garage opener.

All three trim levels come with a rearview camera, antilock brakes, and plenty of airbags throughout the cabin. The SV includes blind spot monitoring with rear cross-traffic alert, while the top SL trim has NissanConnect convenience and emergency telematics. You can also upgrade your Rogue SL to include adaptive cruise control with forward collision mitigation and lane keeping assist. 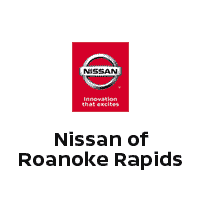